A massive reinvestment to repair and modernize public housing in London will begin next month.

The seven-year plan was made possible by a $ 40.1 million loan announced in March by the federal government and the Canada Mortgage and Housing Corporation (CMHC).

The details of the plan and its tight schedule are contained in a new report to the City Council Strategic Priorities and Policy Committee next week.

“LMCH is committed to launching the work described in CMHC’s co-investment plan from December 2021 and will continue over a period of 7 years,” said a press release from the region’s social housing provider.

Accessibility will be improved in 416 units to accommodate tenants with reduced mobility.

After 17 years living with her family in an LMCH townhouse in the Glen Cairn neighborhood, Stephanie Harvey has seen underinvestment lead to decay.

“It’s not fair. We deserve to have everything fixed in our homes as much as everyone else,” Harvey told CTV News London.

His son installed a plywood top to protect the family from the rusty rebar sticking out of their crumbling forward step.

And she says that when the wind blows on her front window, the curtains move inside the kitchen.

She says it takes a personal toll.

“It’s almost as if, because of where we are in the city, we are not important. “ 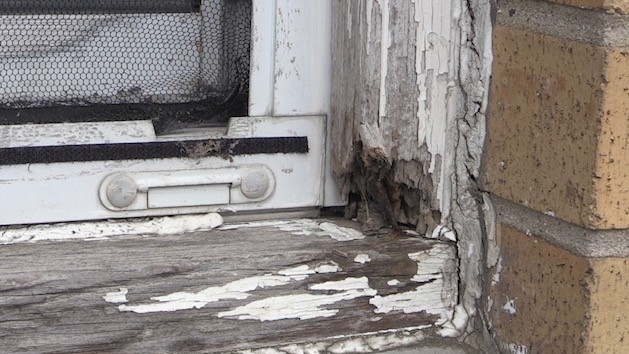 The terms of the federal loan agreement include reducing energy consumption and greenhouse gas emissions by 25% in retrofitted units, and that all repair projects be completed by December 31. 2027.

Greater energy efficiency will save LMCH $ 370,000 in operating costs.

On November 9, the board committee will consider formalizing the financing agreement by acting as loan guarantor for LMCH.